June 15, 2022 Islamabad: Centre for Peace and Development Initiatives (CPDI) has issued a bulletin on Federal Budget 2022-23.  The bulletin compares the budget figures for the previous five years with the targets for upcoming FY 2022-23. It also reveals that while drafting the budget, the government has faced numerous economic challenges characterised by an aggravated increase in fuel prices, delays in negotiations with IMF for budgetary support, free fall of rupee in the recent weeks and the subsequent rising cost of living.

According to bulletin coalition govt announced PKR 7004 bn FBR Tax revenue target for 2022-23, which is 16.7% above from the revised targets of 2021-22, whereas Finance Minister also indicated the leakage of PKR 3000 bn in FBR but did not announce measures to prevent it. The indirect tax to direct tax ratio (1.7.) for 2022-23 signifies that there is no tax reform to increase the horizontal base for direct tax. This also nullifies the Finance Minister’s claim that they are protecting the poor and taxing the rich. The 52% increase in non-Tax revenue signifies that the government has decided to collect a levy on POL products and sooner or later people must bear this burden. The government next year is eyeing collecting PKR 750bn petroleum levy, PKR 8 bn from the petroleum levy on LPG. In non-tax revenue, the Government is also hoping for PKR 200 bn from Gas Infrastructure Development Cess. Such various taxes will bring a storm of inflation in the country which will make it difficult for the common man to survive.

Bulleting highlighted that Pakistan requires PKR 6582 bn for debt servicing and repayment for the next financial year. The finance minister believes an IMF deal will help secure agreements with other multilateral financial institutions like World Bank and friendly nations, including China. The government claims that ‘on the external front, various policy actions were undertaken including bilateral and multilateral arrangements, IMF program continuity and exchange rate stability”, but it has set a zero target for Budgetary support from IMF during 2022-23. The target of PKR 3115 bn external receipts will be achieved through loans from Islamic Development Bank, Euro Bonds, Saudi Arabian oil facility, commercial banks, and project grants for PSDP. Most of these loans are subjected to a green signal from IMF. This also shows where the government is currently standing in its negotiations with the IMF.

The budget allocated against ‘Defence Affairs and Services’ is PKR 1526 bn, out of which PKR 1523 bn will go to the Defence Services. This defence services expenditure is 17.6% of the total current budget on Revenue Account. This allocation is 11.1% higher than the Budget Estimates of 2021-22 and 2.9% of the Revised Estimates of 2021-22.

As per the study since 2013-14, Pakistan’s Total Public Debt has been more than 60% of the GDP. This is against Principles of Sound Fiscal and Debt management as enshrined in Section 3 of the Fiscal Responsibility and Debt Limitation Act, 2005 (amended 2016), which states that Section 3(b): beginning from the financial year 2016-17, the total public debt shall be reduced to sixty per cent of the estimated gross domestic product.

The bulletin indicated that the budget estimates are based on one central supposition that negotiations with IMF will be successful, and Pakistan will receive budgetary support for the next year. The government has claimed that it has fulfilled or is fulfilling all the necessary conditions of IMF, including the increase in POL prices and utility charges. 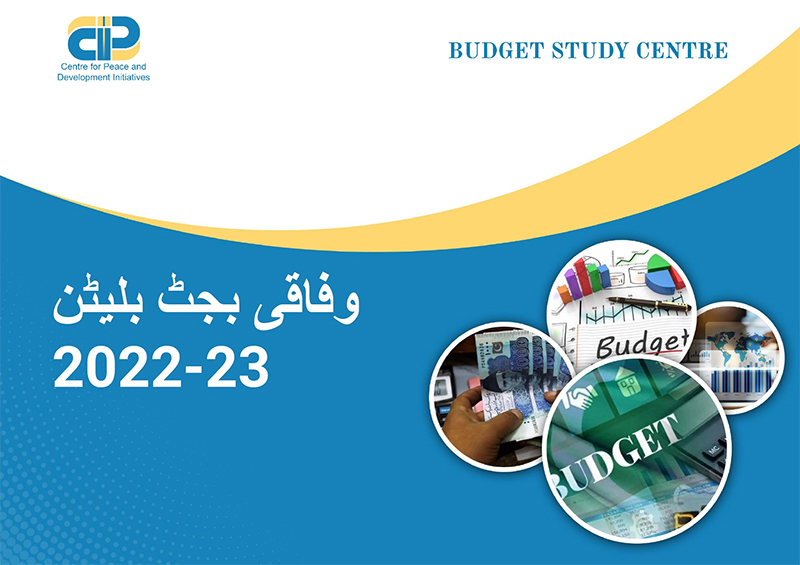 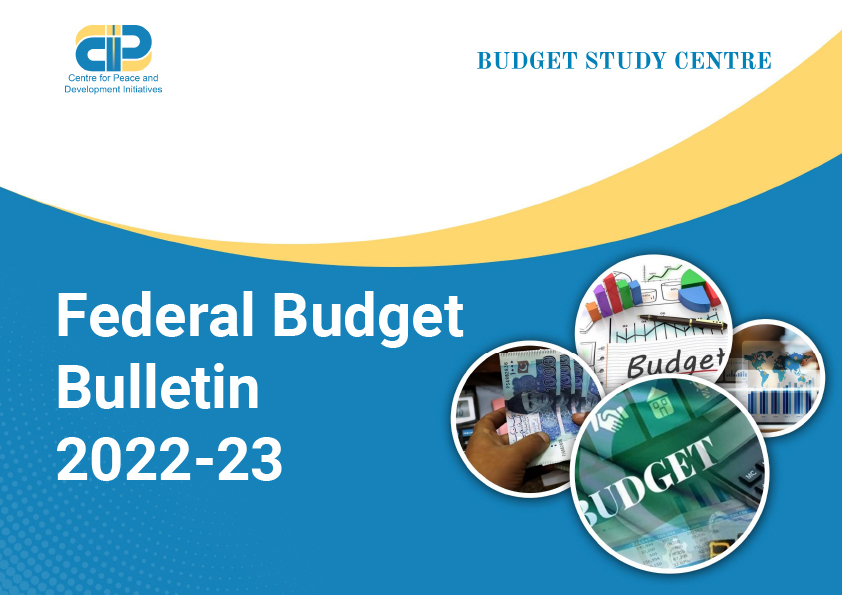 About CPDI: Centre for Peace and Development Initiatives (CPDI) is an independent, non-partisan and a not-for-profit registered civil society organization working on the issues of Development, Peace and access to information in Pakistan.